Judging, Listening at the Malofiej Conference 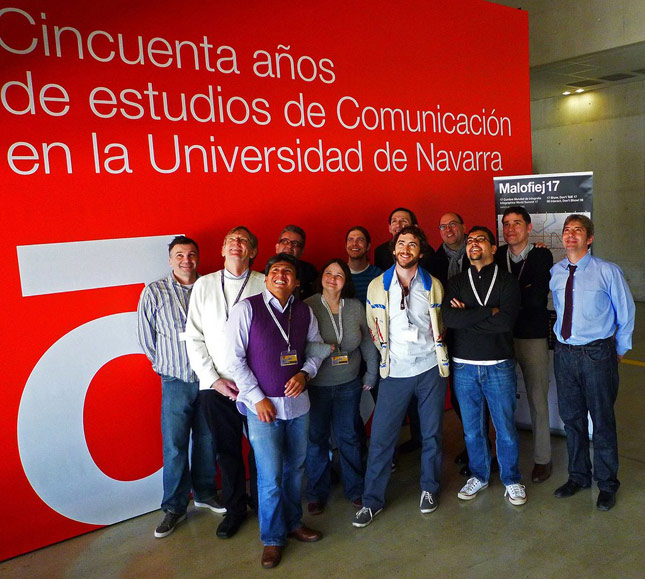 When I was initially invited by Javier Errea, Communications professor at the Universidad de Navarra, to be a judge and juror at the Malofiej design conference in Pamplona, Spain, I was both delighted and filled with some trepidation, knowing my own visual journalism background was premised on familiarity with still photography and video rather than information graphics per se.

For years, I had heard about the value of this conference sponsored by Spain’s chapter of the Society for News Design.  It was considered by my colleagues in the world of information graphics to be a definitive site for seeing the world’s best work and hearing from the world’s best practitioners on an annual basis.  My friend Alberto Cairo, an information graphics professor at the University of North Carolina-Chapel Hill had been particularly persuasive in extolling its virtues as a place to acquire new knowledge and expand my horizons as a visual journalist.  While placing great stock in his views, I was a bit nervous about serving as juror and speaker, but overcame my own initial reluctance and ultimately accepted Javier’s kind invitation.

Ironically, the conference timing actually followed my recent departure from The Washington Post by a month.  My chosen conference topic “ Creating an Environment Where Multimedia Can Flourish” was premised on experiences drawn largely from my role as Managing Editor for Multimedia at washingtonpost.com.

Happily, all fears melted away as soon as I arrived in Pamplona and had an initial dinner with Javier, Dr. Ramón Salaverría, the chairman of the online judging committee, and other judges and speakers who had arrived for the conference.  It was clear to me that weather, location, and generous, warm Spanish hospitality were all going to conspire to create ideal conditions for sharing and learning.

Indeed, the week proved to more than live up to Alberto’s previous descriptions.  I saw firsthand world-class information graphics and news design in both print and online categories.  I had the opportunity to learn how prominent practitioners were viewing their own work in light of contemporary visual journalism standards and how they were working to move visual journalism forward, notwithstanding the current crisis for mainstream media companies across the globe.  The overarching economic crisis with its impact on a media industry already reeling from the fragmentation of audiences, job cuts within news organizations and the migration from print to screen-based presentation design gave ample fodder for late-night conversation at the Jumping Jester, a pub directly across the street from the hotel serving as headquarters for students and faculty alike. 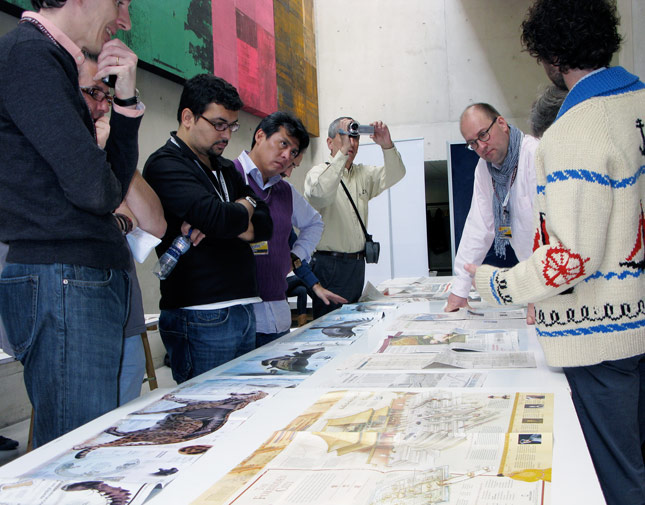 What struck me overall was the commitment of my peers in the information design community who seem determined to persevere despite current obstacles.  In many newsrooms, resources remain scarce,   and intellectual/emotional support for visual journalism is made more uncertain because bosses are questioning the value of visual presentation as a factor in audience appeal at a time of maximum cost-cutting.  I find this ironic but not surprising, given the hierarchies of most newsroom management structures.  It seems clear that the language of visual storytelling, while perhaps increasingly the natural vernacular of the “Digital Natives” who comprise the young end of media audiences, is still not valued as central to many forms of mainstream journalism presentation in media companies.

As we judged work, talked with each other, and shared knowledge with students who attended the conference, I could see morales improving and excitement flowing.  In addition to setting standards of excellence that inspire creativity and promote quality, the conference serves a tremendously theraputic role as a place where like-minded professionals can gather and discuss craft practice.  Such opportunities are rare, essential, and precious. 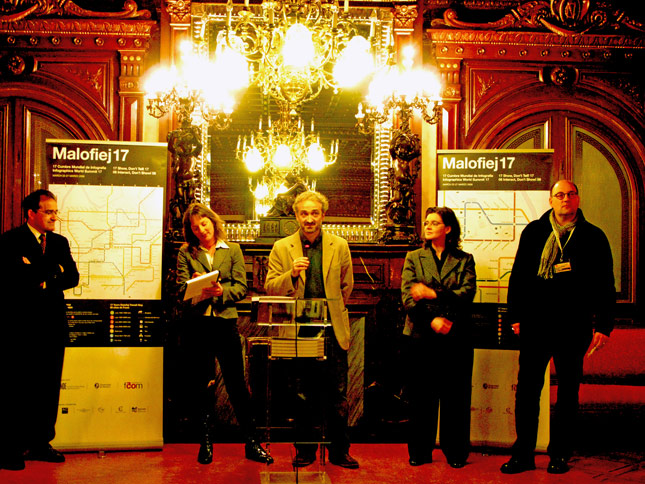 I salute the staff of SND-E and the Universidad of Navarra for having the commitment and wisdom to create such an opportunity and maintain its momentum over 17 years.  While professionals can always second-guess the results of judging that is inevitably subjective, I think no one should quibble with the intentions or seriousness of the judges, speakers, and faculty conducting the related workshop who were sharing knowledge on a variety of topics.  All were trying to contribute to the improvement of the profession at a critical time.  If mainstream media is to survive as a force for building more just, intelligent, and human societies, it needs to value visual journalism more along with the practitioners who seek to employ their skills to inform, entertain, and educate, using the visual language of storytelling.  I know Alejandro Malofiej, the late cartographer and information graphics pioneer from Argentina would be proud of what is being carried on his name today in Pamplona.